Zlata Andreeva: It’s nothing compared to what I’ve already been through

“We’d prepared for this conversation,” says Irina, Zlata’s mother. “I recalled that once I even decided to record our story to preserve the details I’d never told anyone, not even my husband. And then the other day I gave it to Zlata to read. Of course, both of us cried a little. But that was enough. We don’t have anything to worry or get upset over anymore.”

Zlata Andreeva and her mother Irina, who became her daughter’s bone marrow donor, are the latest heroines of the Blood Family project.

Do you want to forget about the illness?

Zlata: I’m not having much luck. Not that it’s a good idea to forget. In fact, let it serve as a reminder, if only to make sure I take better care of myself. I have a child, and I mustn’t ever forget about myself—who knows what might happen? Apart from that, when I run into problems in my life, I often remind myself that it’s nothing compared to what I’ve already been through.

Irina: Of course, I can’t manage to forget everything. But before, right after we came back from Moscow, I was much more immersed in it all. I’d spend time talking with the other parents who’d joined their kids in hospital. I tried to support them, and tell them all sorts of things about myself. My husband even told me off, saying I shouldn’t get so involved. He was right. You have to push the illness into the background. It can still be there, but away, somewhere in the distance. 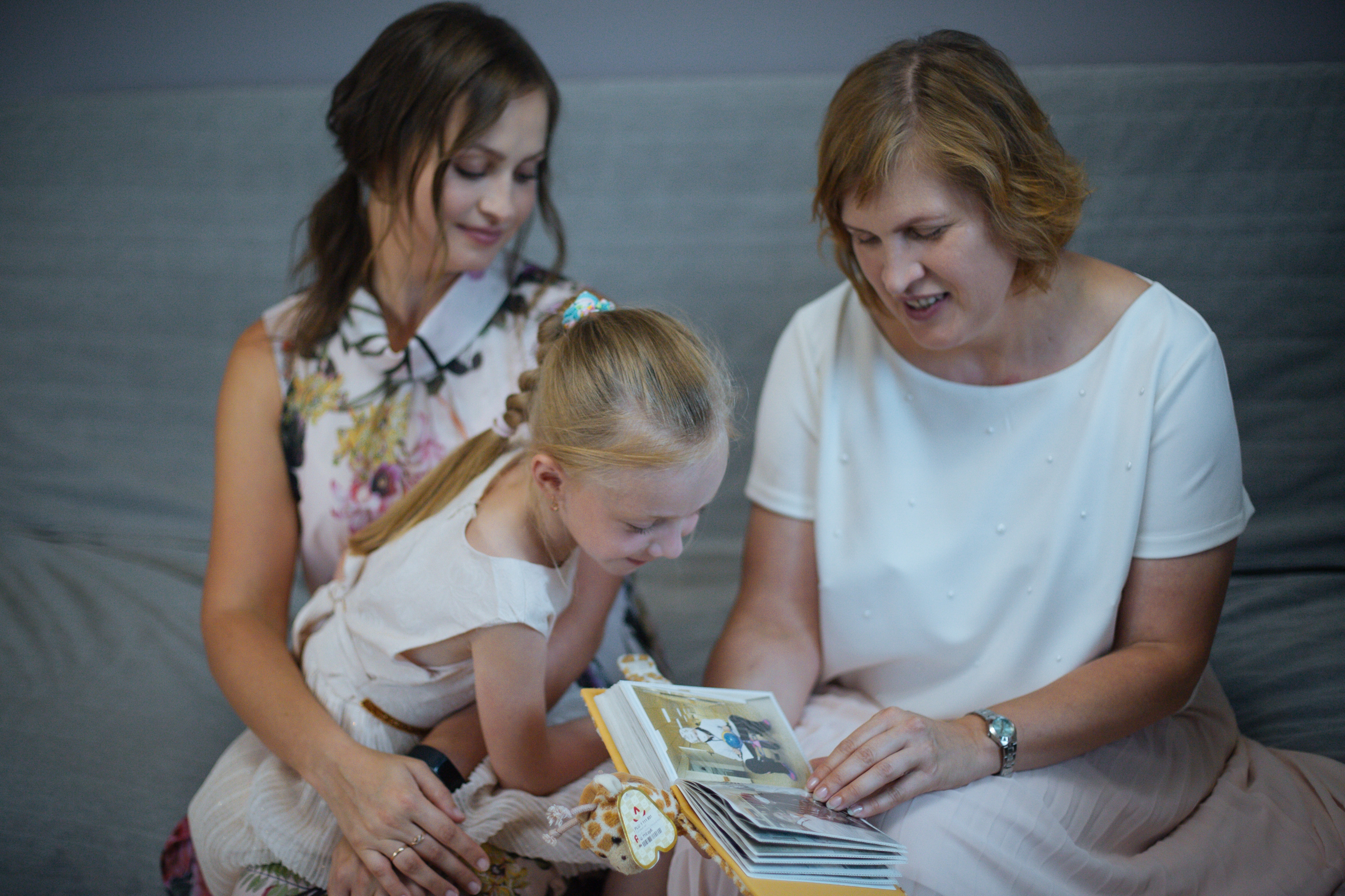 Zlata with her daughter Victoria and mum Irina

Zlata, how do you take care of yourself?

Zlata: I go see the doctor if anything seems wrong, and I make a beeline for blood tests. I try to take more time to rest, to get enough sleep and to worry less. Obviously, that’s no mean feat, but you have to do what you can…

Do you remember how your adventures began?

Zlata: Of course. I was 15 years old, and I was putting everything into my studies. I spent the first half of the day at school, and then I studied at an institute as well. That was why even when I noticed I had a light fever and wasn’t feeling well, I couldn’t just take time off sick. Then my gums started to swell and I got a rash. When I told my mum, we called a doctor and they sent me to a hospital for infectious diseases. I spent time there on my own, going through tests.

Very soon, they found out I had blood cancer.

Irina: Zlata didn’t tell me about her condition for a long time. Then, after she was diagnosed, we spent a year at the regional hospital. She went through five courses of chemotherapy, and radiotherapy as well, and then went to Moscow for a bone marrow transplant. Back then, you couldn’t get them done in Nizhny Novgorod. 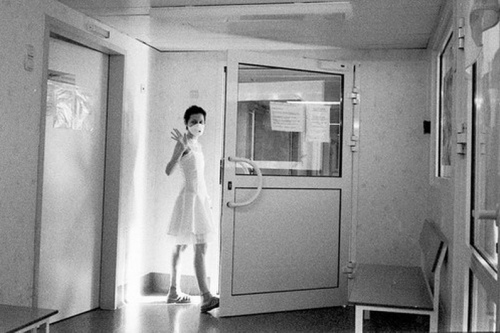 How did you deal with being told that Zlata was severely ill?

Irina: We always tried to find something to laugh about. We looked for the positive no matter whether it was bursting blood vessels, plummeting blood pressure, or Zlata not being able to walk or having to wear a mask. For example, she used to joke that she could now star in horror films without makeup.

Did the doctors explain to you what was going on?

Irina: Oh, yes, in detail. But in the beginning, I couldn’t take in a word. I was terrified. I remember how I used to let all my tears out in the corridor so I could then go into the ward with a smile, without my daughter realising. I tried to convince her that everything would be all right.

Zlata, did that kind of support make life easier for you?

Zlata: I think so. But I didn’t ask questions. I exercised at first, but it only took one chemo course before it got too tough. Obviously, I did my best not to fall behind on my studies. I was still hoping that they’d release me and I could get back to studying. I didn’t want to make my mum sad, so even when it hurt, I just didn’t tell her.

I wanted to live, though at the very start of the illness I had no idea that people died from it. I only realised it when I started losing friends.

You went into remission, so why did they give you a transplant when it looked like the illness had gone away?

Zlata: They decided that in my case, it could come back. It was better to get everything done up front.

Irina: The doctors started to look for a donor straight away. We all went through tests. It was assumed that the donor would be Rostislav, Zlata’s little brother, but he wasn’t compatible. Turned out that I was. It’s a completely unprecedented case. My daughter has O+ blood and I have B-. They retested us four times. They couldn’t believe that a combination like that was possible. 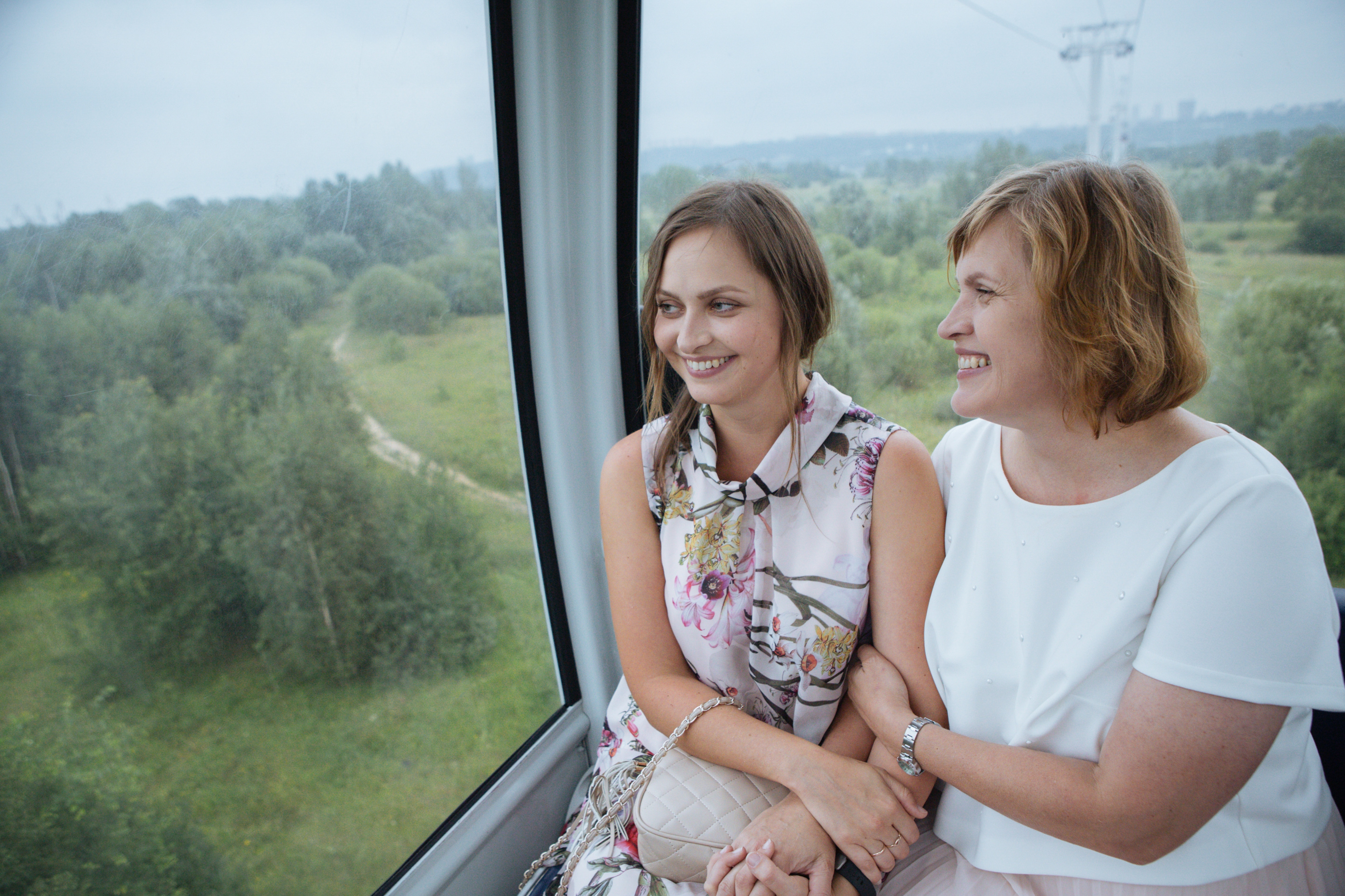 One in a million lucky match

How do you remember the doctors?

Irina: Those are wonderful memories. There was one doctor in charge who was supposed to accompany us, but in the event, the whole team was involved, every one of them. They’d all come up to us and explain what was going on. It was nice that nothing was roundabout. All of them, every team member, would fight for every child.

Zlata: They end up being like family in the end because they’re always on our side. These doctors stood like a solid wall between us and the illness. Everyone knew that they’d make sure everything was all right.

Zlata, you say you found out how dangerous the illness was when your friends started to pass away. What was it like for you?

Zlata: I only found out at the last second, when it was no longer possible to hide it from me. Obviously, it was very painful. I cried. But I had to keep going, even with tears in my eyes.

Irina: I tried to keep Zlata safe from all of it. I’d stay silent and bottle it all up. But I couldn’t always hold it in, and sometimes I broke down, though not in front of Zlata, of course.

I’d phone my husband and scream that I was going to go crazy. He literally ordered me to get a hold of myself. That helped me be more disciplined.

Zlata: They’re positive, I think. There were a lot of good things. I remember lying in a private room feeling down. In comes the doctor in charge and asks me what I want most right now.  “Ice cream”, I tell him. And an hour later he brings me ice cream, the ice lolly type that we’re allowed to eat, in vacuum packing! I have no idea where and how he got it. I had the time of my life eating it. And then, of course, there were the volunteers. I remember Kostik the Clown. His smile was a gift to all of us. He never asked us what was wrong. Instead, we’d chat about life. And that helped us take our minds off the fact that in reality we were lying in hospital, sick, miserable and bald. It stopped us feeling sorry for ourselves. 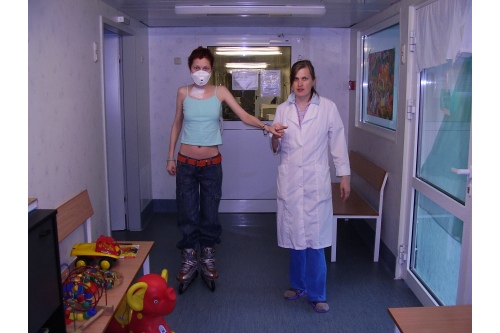 Zlata and Irina at the hospital

And then you came home…

Zlata: That’s right. I had the first year off, and then I got back to the studies I’d dreamed of all along, though it was somewhere completely different and done from home. I met my future husband, and started working and living a normal life. My mum would let me do anything. Before I fell ill, my parents were very strict with me, but afterwards they let me be free. I became independent. My husband and I have just built a house, we’ve had a child, and all is well.

With your background, pregnancy must have been a miracle.

Zlata: Nobody could believe that I’d be able to get pregnant myself. We were already thinking about IVF. But we managed it! Though I decided to give birth in Moscow, just in case. And left telling everyone until the last minute. I told my mum in the third month, my brother in the ninth, and my grandparents only after Vika was born. I don’t think you should worry anyone in advance. They’d had enough of that because of me the first time round. You have to treasure each other and savour every day you spend together.

Gift of Life thanks all donors and supporters! Together we give children and young people like Zlata a better chance to beat cancer.

This is a short version of the interview. Read the Russian version here.