Thank you for helping Yegor!

UPD – we have raised enough to help Yegor. Thank you!

Would you help Yegor survive illness?

Yegor Iskovskikh from Ivanovka, a settlement in Orenburg Oblast, had his sixth birthday on the 18th of September. Yegor is a lively, social, curious and optimistic boy. Like all children, he loves LEGO and video games, and he’s very fond of his pets — two cats and a tortoise, as well as fish.

Three years ago, Yegor’s family found out that he had aplastic anaemia. Up until 2019, he was treated with chemotherapy, but after a brief improvement, the illness would always come back.

Between April and August, Yegor went through three bone marrow transplants. Unfortunately, his body rejected the first two. The third was carried out in August, with his mum as the donor. Yegor is continuing his treatment at the Russian children’s clinical hospital in Moscow and is already feeling healthier and happier. He can’t wait until he can go home.

In order to recover after the transplant, Yegor needs the medication Defitelio, which is essential for treating and preventing dangerous liver vein complications but isn’t available in Russia. A single course costs £10,130. The government can’t provide Defitelio, which means Yegor’s life may be in our donors’ hands. Only together can we help Yegor get better and come home!

The course of Defitelio for Yegor will cost £10,130. Would you donate to give Yegor a better chance to recover from this serious, life-threatening condition and get back home? 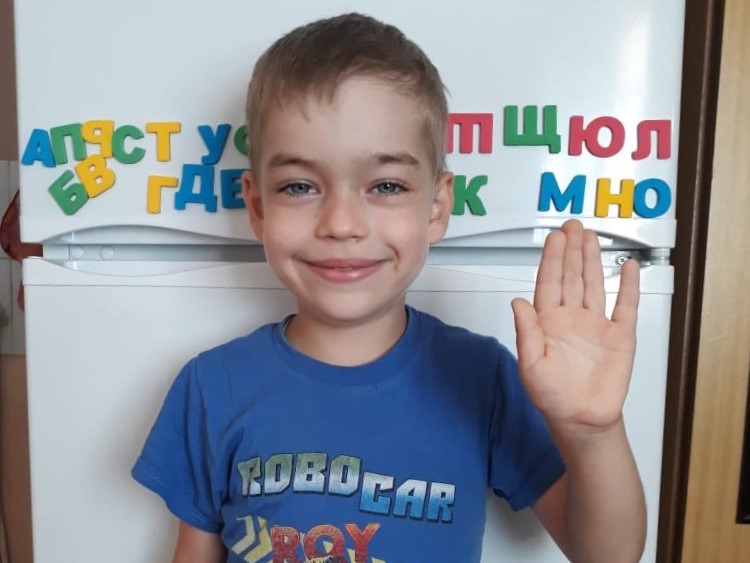