Together we can save more lives

Meet 9-year-old Dima from Glazov, Volga region. Dima has been ill since birth: he’s got a chronic granulomatous disease, one of the severe congenital immunodeficiencies. His only chance of a normal life was a bone marrow transplant. Dima was lucky to find an ideal donor – his younger brother Danya. Eight months ago, Dima underwent a successful operation although unfortunately he’s not able to return home from hospital yet.

As a complication after transplantation, Dima got a serious fungal infection, and had to undergo further treatment. Until his immune system returns to normal, Dima needs the most intensive antifungal therapy that can only be strengthened with the new drug Cresemba unavailable in Russia.

Thanks to the support of Gift of Life’s wonderful donors we’ve been able to pay the full course of the drug at £9,656; an impossible amount of money for Dima’s family, it’s the equivalent of more than two years of an average Russian salary. Whilst still in hospital, Dima continues his studies to keep up with the school curriculum and bravely fights his illness so he can go home and see his friends soon. He’s also decided to become a doctor in the future and we hope that his dream will come true some day. 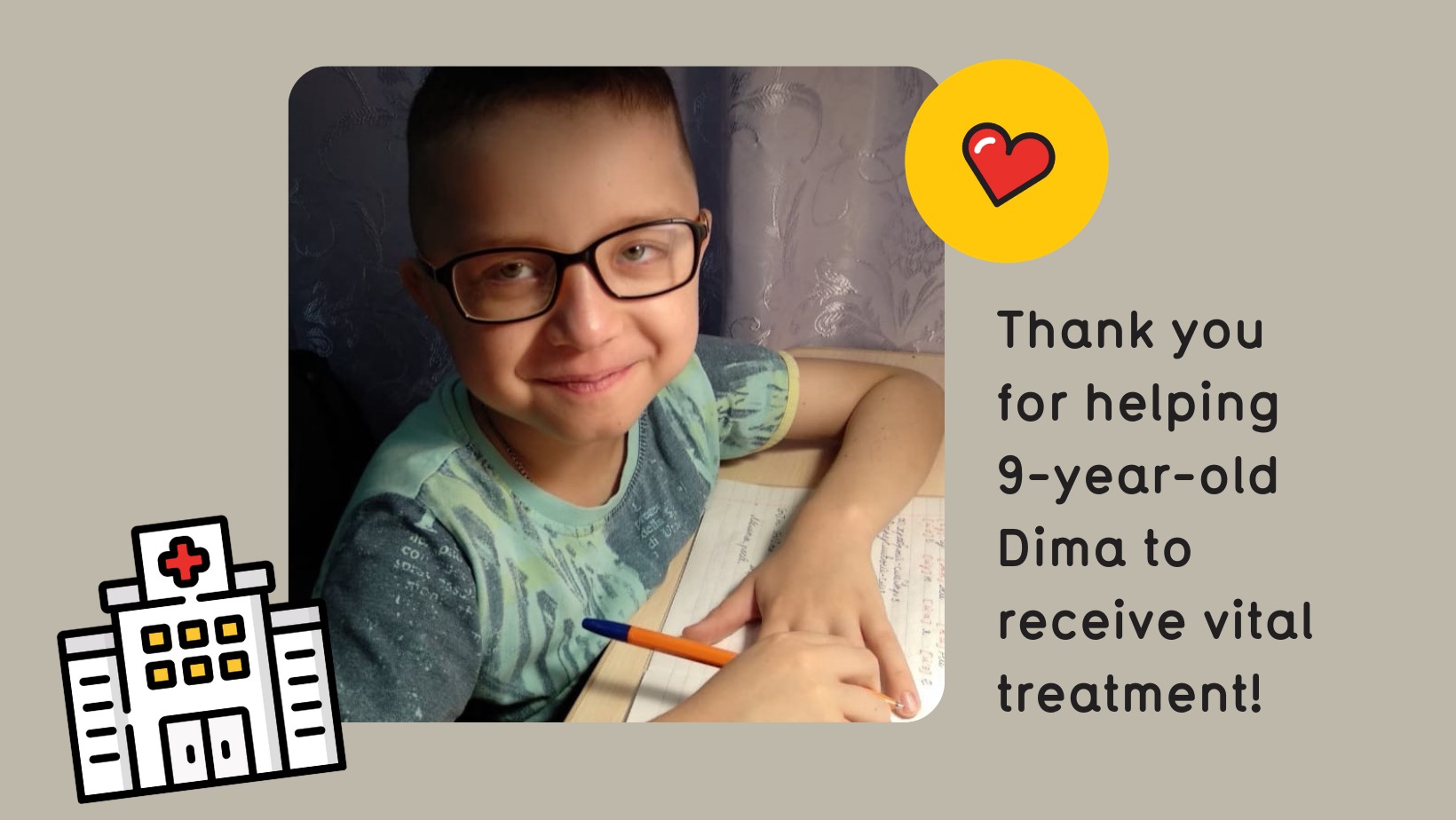 Dima is only one of 18 children that Gift of Life supported in the first 4 months of 2021.

Despite the difficult year with a succession of lockdowns, Gift of Life has been incredibly lucky to have the support of our individual and corporate donors who helped us to continue saving children’s lives and giving hope to their parents.

The long-standing partners of our annual Old Russian New Year’s Eve Gala Kaspersky, Blavatnik Family Foundation and Roman Abramovich kindly donated the sponsorship packages of the cancelled fundraiser to our Foreign Medication Purchase Programme, as well as several of our major donors who also supported our emergency appeal.

Thanks to our kind partners, we also managed to hold some online fundraising events, such as a charity screening of Doctor Lisa film, starring Podari Zhizn co-founder Chulpan Khmatova, and #LifeSavingBirthday campaign, celebrating our 10 years anniversary of helping children beat cancer.

In total these activities allowed us to raise more than £280,000 which already provided support to 18 children and will ensure more lives are saved in the future.

Gift of Life would like to express its sincere gratitude all our friends, supporters and partners, who contributed to such a wonderful result:

If you’d like to support Gift of Life, you can make a donation today or take part in #LifeSavingBirthday campaign by pledging your birthday. Find out more here.