With your help Gift of Life is hoping to raise £10,000 for Oncaspar for 2-year-old Polina.

Two-year-old Polina Glyzina from Yaroslavl is suffering from acute lymphoblastic leukaemia, a bone marrow disorder that interferes with normal blood cell production. Since September, she has been receiving treatment at the Yaroslavl Oblast Children’s Clinical Hospital. Six weeks of chemotherapy are followed by two weeks of hormone therapy, over and over. 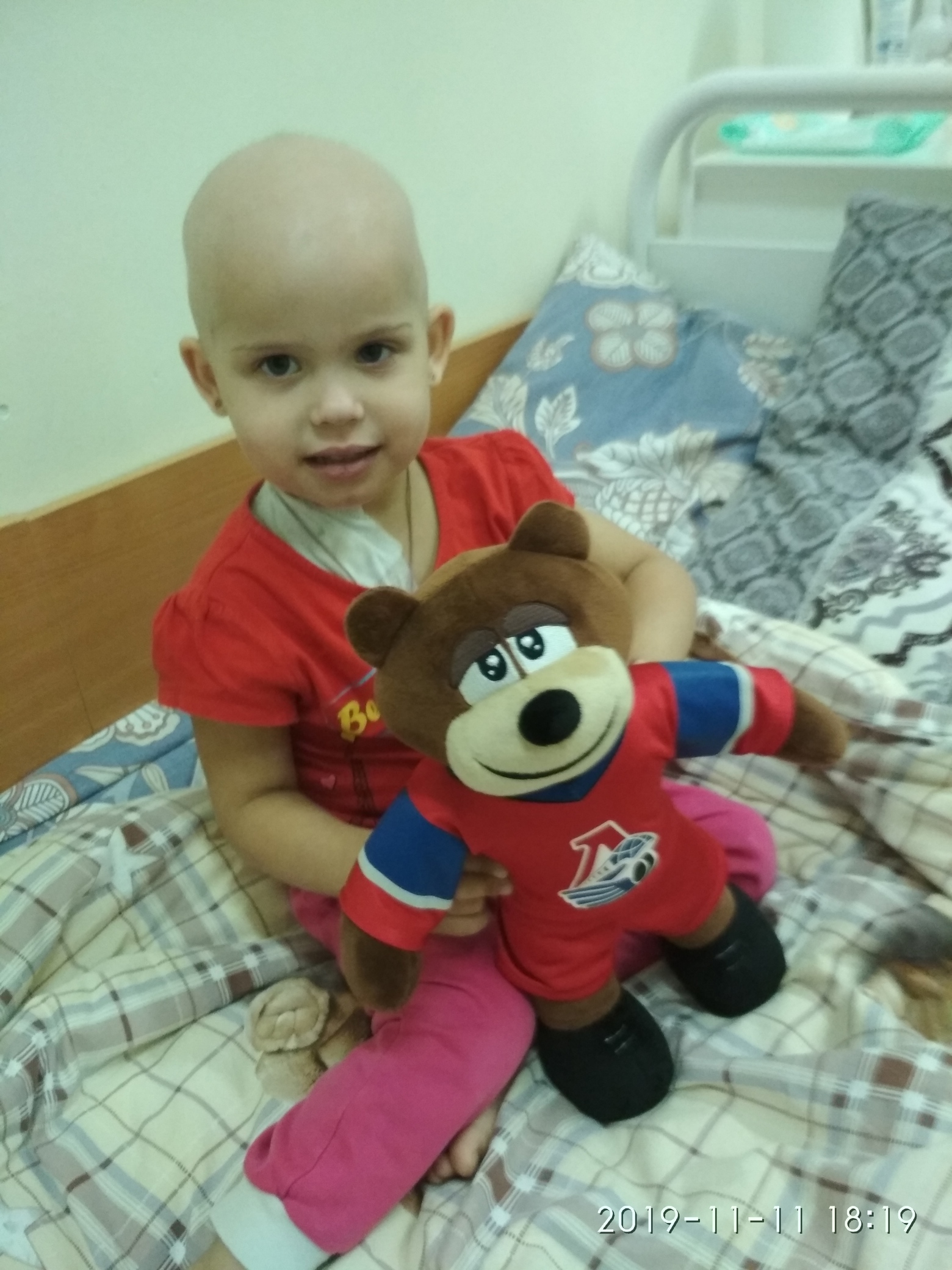 In May, Polina will be released to continue her treatment at home. Being within the familiar walls of her home will help, as will being with her twin brother Arseniy, who loves his sister to bits and is deeply attached to her.

Polina has a strong, independent personality. She’s fine with playing with her dolls all on her own. She isn’t particularly social, either. She’s happy to join in when other children call her to take part in their games, but she’ll never make the first move.

She doesn’t talk much, but can convince anyone that she’s in the right. If there’s something she really needs, she’ll always make sure she gets it. The staff of every ward know this all too well.

She shares all her secrets and her troubles with the stuffed toy dog Babaka, a gift her great-grandmother gave her a year ago. Polina takes her everywhere, and even cuddles her as she sleeps.

When she’s not feeling well, she starts acting spoiled, just like any other child. The only way to distract her is to read books to her, or sing songs. For example, she loves “A little fir tree was born in the forest”, and begs her mum to sing it as often as possible.

During her treatment, doctors found out that Polina is intensely allergic to the medicine Asparaginase. They replaced it with the anti-tumour medicine Oncaspar, and Polina needs six vials of it to reach remission. But they cost far beyond what her family can afford.

More than that, Oncaspar has disappeared entirely from the Russian market almost two years ago. With charities’ help, Oncaspar can be ordered upon request for a child admitted to a larger federal clinic, but in fact, it has become completely unavailable across Russian regions. Thus, Gift of Life’s support is the only hope for Polina and her parents.

We have faith that our donors will be able to gather £10,000 needed for this treatment, and Polina will have a chance to get better and live a long and happy life. Please, donate now to make it happen.