Kristina Tarasova: They won’t cure this disease in Kursk. Look to Moscow and Maschan to save you

The sisters Kristina and Anna Tarasova (though they now go by their married names) live in Kursk, and have a remarkable story to tell us about how Kristina was saved from aplastic anaemia. There’s only one way to cure this disease: to carry out a transplant which will replace the dysfunctional bone marrow with healthy donated marrow. To the great delight of their parents, their doctors and of course the sisters themselves, Anna was able to become her sister’s donor.

How old were you when you fell ill?

Kristina: Sixteen. I found myself feeling sick in school, and then my classmate asked me, “Why are your eyes all yellow?” And that’s how it all began. I was sent to an infectious disease specialist, hospitalised and diagnosed with hepatitis. They couldn’t settle on the type, though. They went through all the letters, A, B, C… Then they decided it must be an autoimmune disease. I spent a month being homeschooled, and then finally started going to school again. I had exams to take, since I was finishing Year 11. I was constantly feeling awful. I was dizzy and I kept getting nosebleeds, but in the end I’d deal with them and head to school. 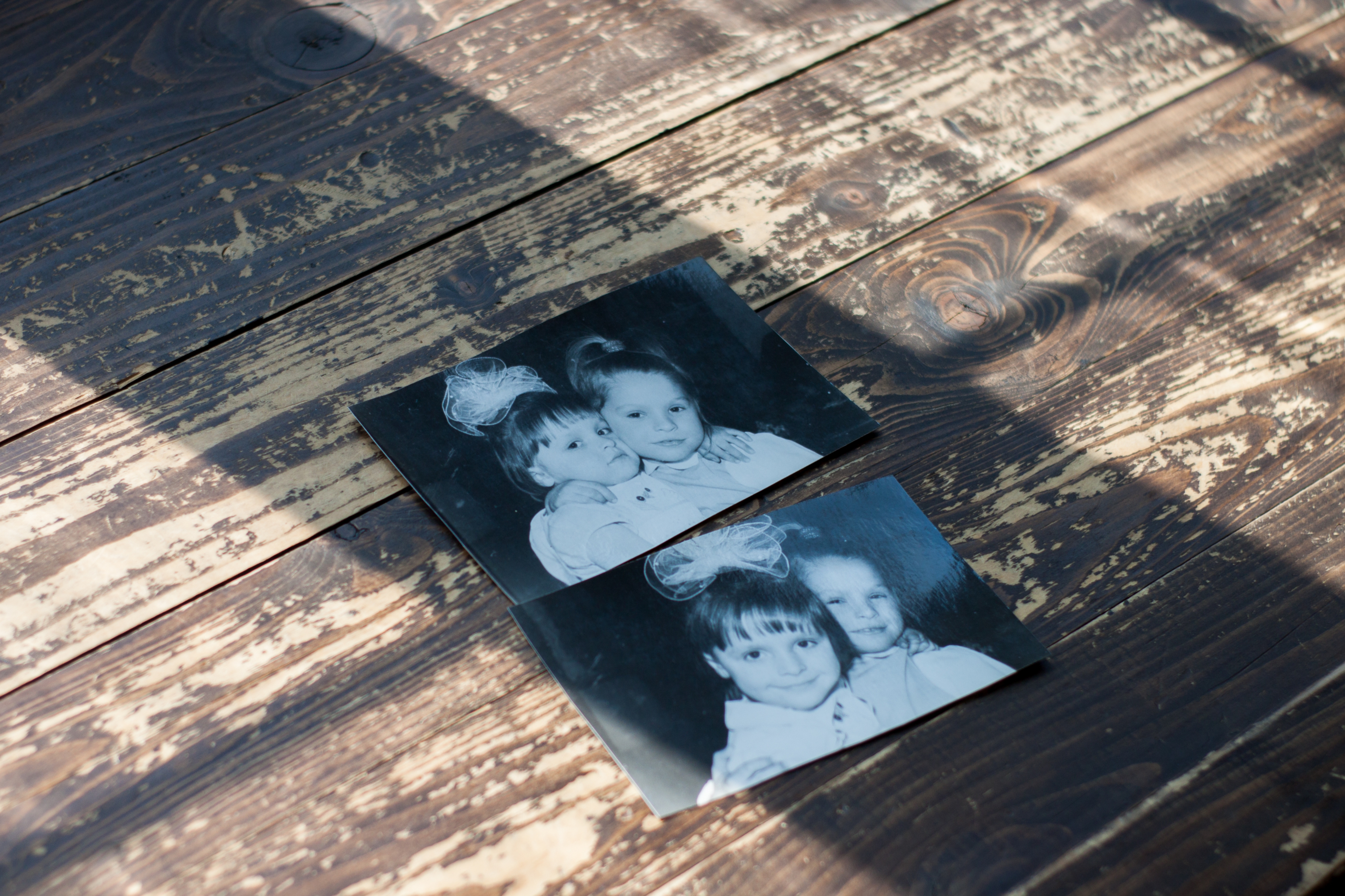 Kristina and Anna as kids

Did you pass your exams in the end?

Kristina: Yes, I passed all my exams and finished school. Then they decided to put me through a full series of tests. I gave a bone marrow sample at the regional children’s hospital and was instantly diagnosed with aplastic anaemia. I can still remember the words of the doctor in charge: “They won’t cure this disease in Kursk. Look to Moscow and Maschan to save you.” At that time, Mikhail Aleksandrovich Maschan was head of the haematology department.

It must have been great to be given such a precise recommendation!

Kristina: Ever since then, Mikhail Aleksandrovich has been more than a doctor to me—he’s been my guardian angel. First of all, he literally saved my life. Then he gave me back a normal life after I had complications from the transplant. I am one of the hundreds of people who keep him in our prayers for helping us. I named my child after him. And since my husband’s name is Aleksandr, my little Misha is also a Mikhail Aleksandrovich.

So you went to Moscow to see Dr Maschan?

Kristina: That’s right. Of course, that was all my parents’ work. I was already in hospital at the time, and I wasn’t even allowed to get out of bed. My parents arranged it all, and just a month later (in late July), I was already in Moscow. Then on September 2 I went into surgery.

Anna, how were you at the time?

Anna: At first, I was in shock, of course. Where’d this illness come from? How? Why? I could see how terribly anxious our parents were as well. For my part, I just did my best to spend as much time with my sister as possible. I was already working and studying, but in my spare time, I would visit her in hospital for moral support.

Did you get on well as children?

Kristina: We weren’t above a fight or two! We’re two and a half years apart. Anna was 14-15 and I was 12, and it ticked her off that I kept bothering her. But in the end, we grew up and became good friends.

Kristina, did your sister’s support make a big difference to you?

Kristina: Without a doubt. Getting support is a huge deal, both from family and from friends. But I’ll be honest with you: I never fully got my head around what was happening to me. It’s when I examine what happened now that I start getting chills. But when I was in hospital, I was friends with everyone, we spent lots of time hanging out together, and I ended up with a new way of life, with a little family of my own. And needless to say, I was always waiting for my sister to turn up.

I remember how, when I’d just arrived, I had to get all my hair shaved off. After all, I’d need very intensive chemotherapy before the transplant. I was aghast. What do you mean, I need shaving? But what about my hair?!

How did you cope with it all?

Kristina: It’s been so long… and so many good things have happened since. I can’t remember the pain or the inner turmoil I must have felt. And I think it’s for the best that experiences like that fade from memory.

Anna, were you ever scared?

Anna: I had a strong sense that I needed to help, that I needed to save my sister. My becoming a donor felt like it was exactly how things should be. And I was over the moon when I heard we were compatible. So when I went to have my cells extracted, I was relaxed and wasn’t stressing over anything.

How did the transplant go?

Kristina: It was smooth sailing at first, but then I started suffering from transplant rejection and GvHD, graft versus host disease. I had to spend an extra three months in the bone marrow transplant ward. Maybe they took slightly fewer cells from Anna than I needed. Besides, we’re different people, even if we’re 100% compatible.

But unfortunately, the story didn’t end there either. You see, while you’re going through treatment, you have to take a lot of medicines, and it can be hard to predict how your body will respond to them. I started having leg and joint aches. At that point, it was 3-4 years later and I’d already graduated from university and found a job. I was examined and, unfortunately, diagnosed with hip joint necrosis as a side effect of hormone therapy.

And this was a bigger blow than the first?

Kristina: It was. After all, I thought that I was done with it all, I’d got out and I finally had a normal life like a normal person. And then suddenly they told me that there was no point in doing a hip replacement in my case because I was very young—only 21. If I had a joint replacement at my age, then 15-20 years later, it would need replacing again. That’s how long they last. But a second operation could put me in a wheelchair at 45. So the doctors sent me home, telling me to live my life on crutches.

And where did you go?

Kristina: To Mikhail Maschan, of course. I came across him in a corridor and couldn’t help myself—I burst into tears right there because I was at the end of my rope. He calmed me down, telling me that I could get a surgery done abroad. This is the point at which I want to thank Podari Zhizn and all the many people who donated to the charity because they’re the reason why I had the operation in Germany. And that wasn’t a joint replacement but a graft of my own bone tissue. Six years later, I gave birth to my son Misha, and two years after that, to my daughter Eva.

What was the German doctors’ prognosis?

Kristina: They said it would all be down to my lifestyle. Of course, I have some restrictions. I can’t run or jump. And if I suddenly decide to go cross-country running, that could be the end of it.

Did they say anything about pregnancy?

Kristina: I did ask. In fact, I showered them with questions about whether I’d be allowed to give birth myself and how the pregnancy would go. After all, I’d be putting on weight. To which they replied that it would all be temporary, and afterwards I’d simply need to slim down again. 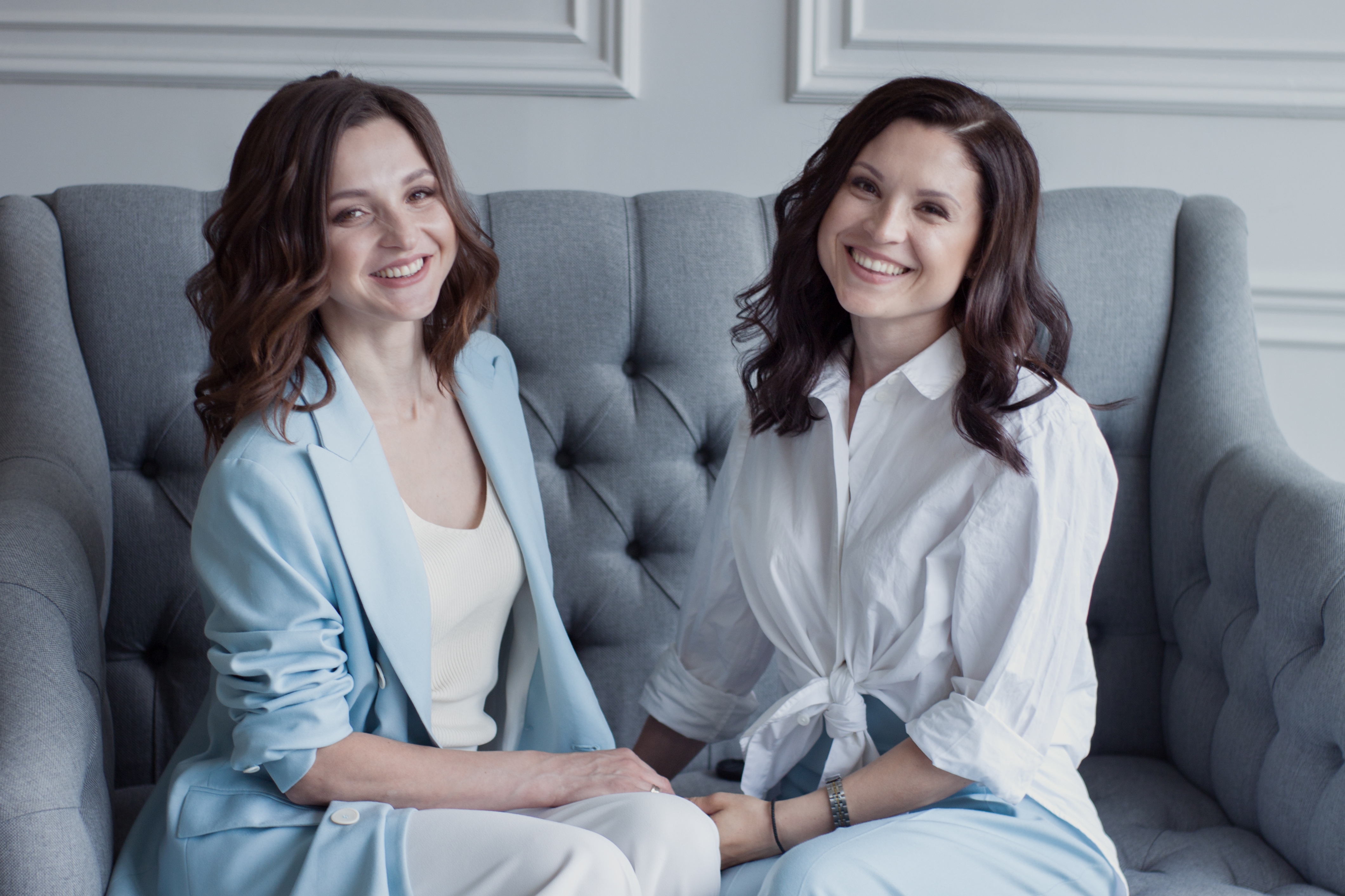 Anna, what was this second part of the story like for you?

Anna: Like Kristina, I found it worse the second time round. She was crushed, more than I can express. She didn’t want to get up off the sofa more than she had to because that would mean using the crutches. I did my best to understand and support her. But one time I did give her a piece of my mind, because how long was she going to go on feeling sorry for herself?

Did your relationship change at all?

Anna: After the surgery, we grew closer, more affectionate towards each other. We phone each other every day just to ask how things are. Literally, three seconds of conversation, just so we can hear each other speak.

Are you able to forget about the disease?

Kristina: What my experience showed me is that the world is full of selfless people who are ready to reach out to others. I met some amazing people. I have a dream now, to gather my whole family and go visit Mikhail Aleksandrovich to share my good news and my happiness. Once the children are a little older, we’ll make it come true for sure.

Gift of Life thanks all donors and supporters! Together we give children and young people like Kristina a better chance to beat cancer.

This is a short version of the interview. You can find the full text in Russian here.