Do what you love and help children

Igor Selivanov, Head of Global Data Systems and Operations in a trading company, on how he found himself enjoying charity support and how it all started with Gift of Life.

Igor, there are tens of thousands of charities in the UK.  Why did you choose Gift of Life?

It appeals to me that Gift of Life is a small, transparent, and straightforward organization. It works differently for large charities that collect millions, supposedly helping everyone a little bit, but in actuality really helping no one as a result. You need to know how you can help, and then focus on that concretely, without trying to do everything. And if you cannot help someone, if there is no way you can cure them, it is more honest and constructive to say, “I am sorry, I cannot help”. It is a good, pragmatic approach in life as well. It is also important to me that Gift of Life helps children in Russia – though I grew up in US, I am a Russian speaker and feel affinity for those who are too.

Where does your mistrust of large charities stem from?

I am skeptical of large charities since my personal experience and observations while volunteering during hurricane Sandy in New York in 2012. In the immediate aftermath of the hurricane, Brooklyn was cut off, with the bridges closed. I was able to evacuate my parents to a place on a hilly part of Brooklyn and went to help as a volunteer to those who were stranded. These were the mostly Russian elderly, living in a large complex of approximately 2500 flats in Coney Island, flooded and without power, Volunteers were helping to carry up food, water and medicine, and it was vital that someone spoke Russian, as these residents would not open the door to anyone who didn’t. I did this for 2 days before flying back to the UK, but my friends continued on for 2 more weeks, and during this time we did not see any help whatsoever being organized by any of the well-known large charities. Only once did my friends see a single Red Cross hot food station – that was it.

Thus, my worst suspicions about large charities were confirmed, and I no longer donate through them.

Have you ever seen any distrust towards Gift of Life?

Only once. The position of my interlocutor was that charities such as Gift of Life are collecting alms, and as such are delaying progress by letting the government shirk their responsibility for this. I don’t share this perspective. Some things you just have to do now, if you can. Such as cure a child’s cancer. This is also an investment in the future – fundamental research can not only help cure but also prevent cancer. My motto is do what has to be done and be whatever may be. If you can and want to help, just do it. Gift of Life’s critics can base their opinion of the charity on their personal distaste for some of its ambassadors and seeing the world in black and white, but for me it’s more nuanced than that. I see that Gift of Life is doing concrete, tangible things to help sick kids live. And this mission is beyond politics. 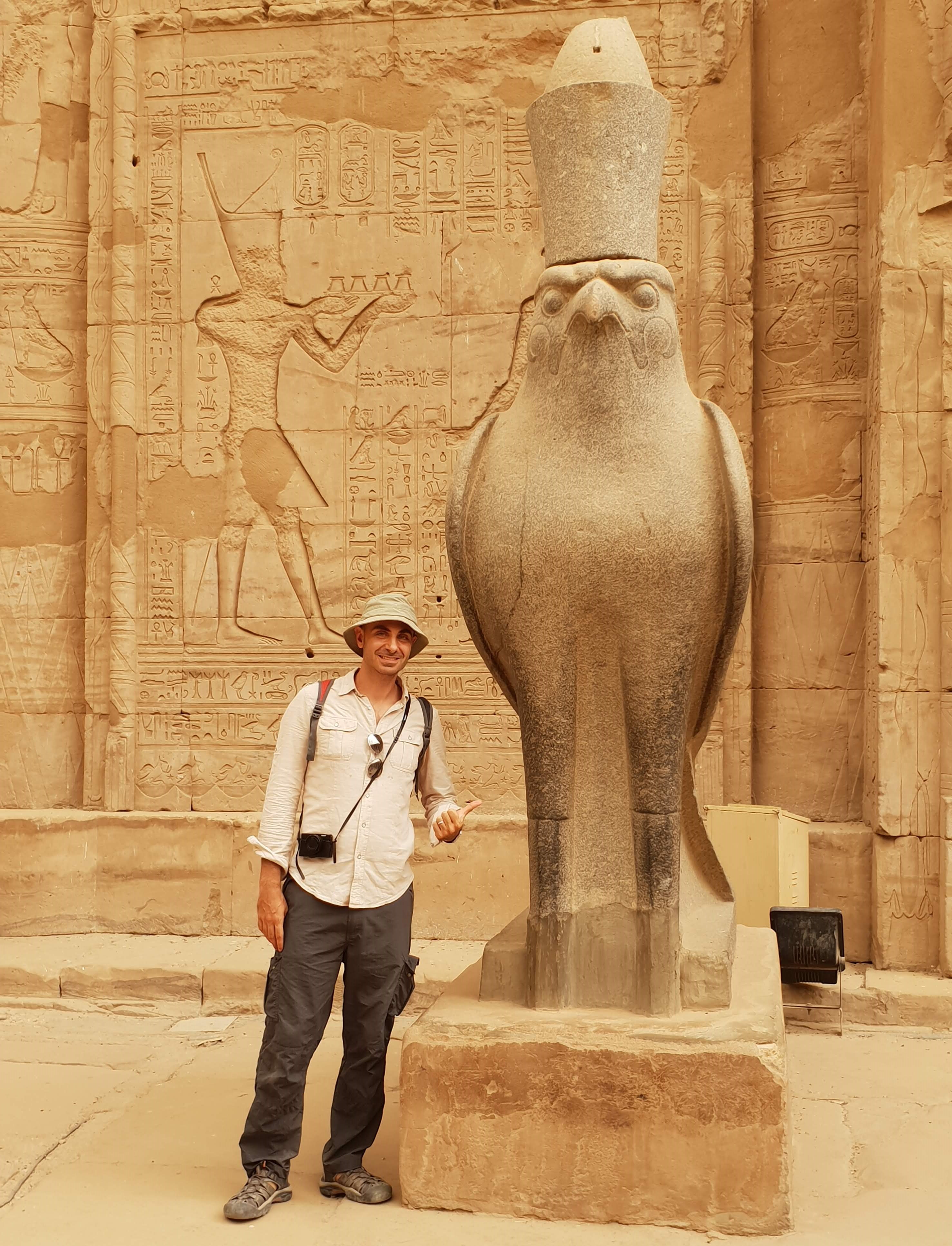 In England, it is definitely the case that charity and politics are independent. And the impulse to help out is set from young age.

Yes, in UK everything is very good with aiding. People help those in need instinctually, not even thinking about it, which is what they have been taught from childhood. Kids learn from the examples they see in front of them. If you say one thing but do another, they will not take you seriously. Just do acts of kindness, and kids will pick it up. Learning to be helpful is one of the key character attributes to develop for kids. And charity is its concrete manifestation.

It is not easy to start and sustain a charitable cause.  How do you do it?

It is important to understand why you do what you do for charity, whether you are a donor, a volunteer, or just a well-wisher. When you are doing anything, it is important to know why, for yourself. It is also important to do what speaks to you, and is helpful to others, combining ability and usefulness. To sustain the effort, the process needs to coincide with your own feeling of self-actualization.

Since 2016, once every 3-4 weeks, Igor has been doing Kaleidos history tours on Ancient Egypt and Greece, in the British museum, for children and adults for the benefit of Gift of Life. Igor is convinced that to do charity work, there needs to opportunity and desire. All the pieces fell into place: Igor loves ancient history and the British museum, the tours are a hobby for him, and a tangible benefit for the charity fund. With an average donation of £20, Igor has been able to collect over £4000 for the beneficiaries of Gift of Life. 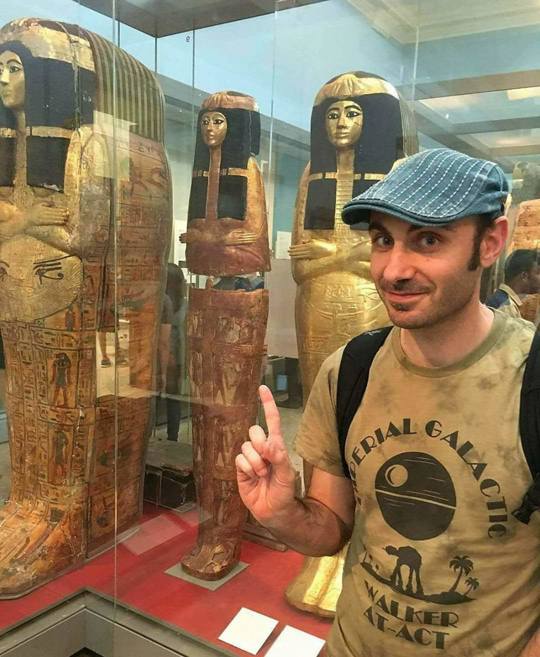 At the British Museum

When I guide a tour, I get an endorphin rush and through repetition, better remember historical details myself. Money for charity is a bonus, and I am very glad that I can help facilitate these donations. For me, doing a tour is a hobby and a performance. It is quite similar to playing a role on stage, and I love theatre. Of course, the support of my wife Diana is very helpful. It makes everything much better when your partner is encouraging and takes your interests seriously.

Do you remember your first kids’ tour?

I remember that I was nervous and that I was preparing for it very seriously. Kids are much tougher than adults, as their attention span is more difficult to sustain, and lasts for at most an hour in my experience. But on the other hand, there is often more emotional feedback from kids, as they candidly express their excitement. At the first tour there seven boys of various ages. They listened carefully, asked questions, but when the youngest start to cling to his mother, I understood that they have gotten tired. It is important to watch for this, as kids show their mood openly.

Sometimes I take my own kids and their friends on a tour too. There was one amusing time when after the tour, the 4-year old friend of my daughter spent a whole evening building a mummy out if a bath towel and a toy spiderman. Mummies and the process of mummification usually impress kids the most at the tours. 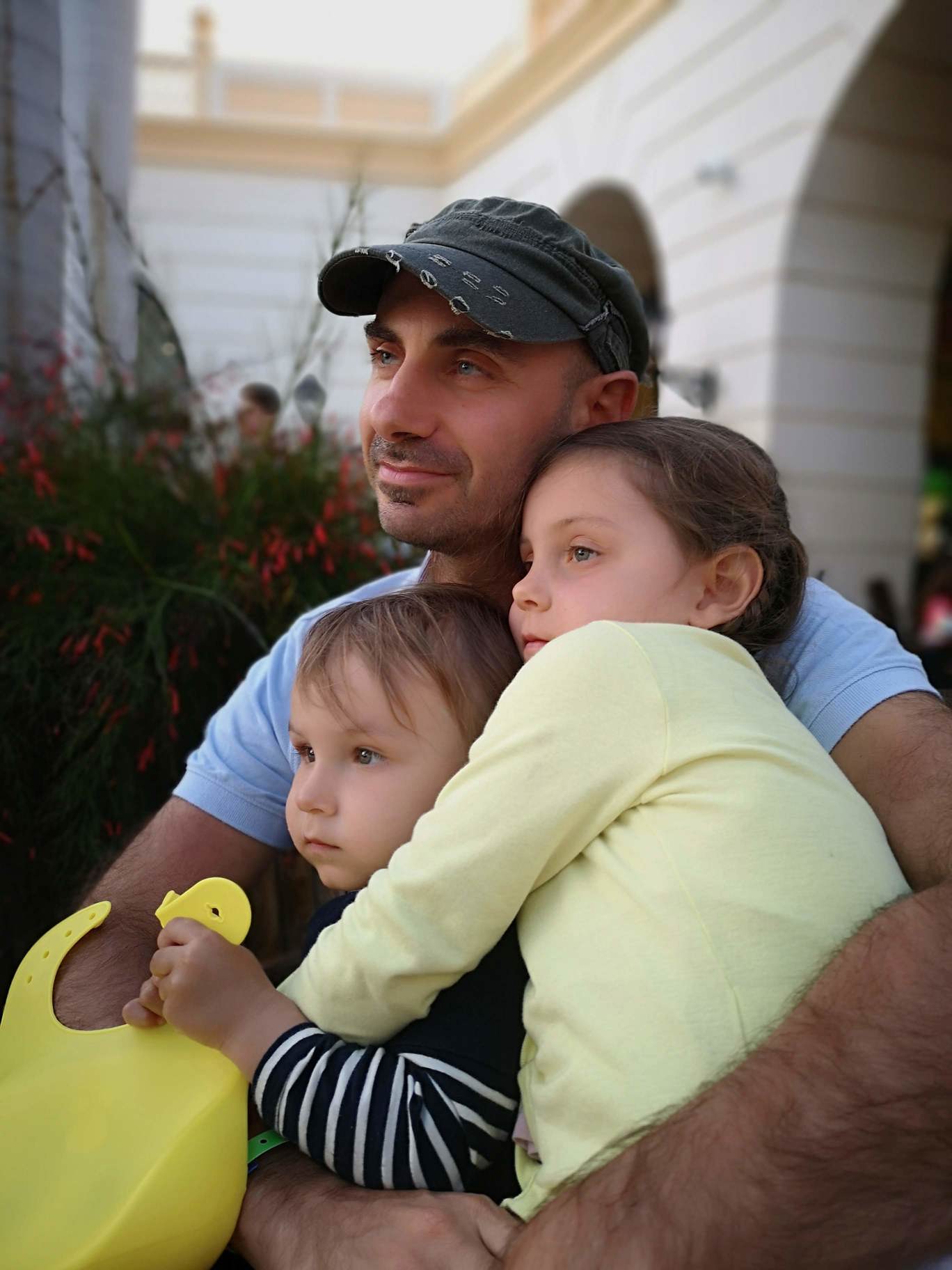 Igor with Kaya and Lev

Do you do your Ancient Egypt and Greece tours only in Russian? Or in English as well?

I usually do it in Russian, but I can easily do it in English as well. There are 5 tours in my program right now: 3 kids tours (general history of Ancient Egypt, Pyramids and Hieroglyphics, and Ancient Greece), and 2 adult tours (Ancient Egypt and Greece). The most comprehensive is the general tour of Ancient Egypt – I have been doing it for 3 years. It is actually easier for me to guide in English, as I have lived in English-speaking countries for a long time, and all of the information I read in English. My parents emigrated to NY in 1989, when I was 11, where I lived for over 20 years and got my education, and for the last 8 years I have been living in London. By the way, most of my audience are locals, as tourists don’t really know about me. It’s only been a couple of times that I had done tours for tourists.

People find me on Facebook and hear about my tours by word of mouth – it works just fine. I don’t really have or do any other marketing.

You were born in Russia, educated in New York, and have been living in London for a while. Does your experience working with different people and cultures help you at work?

I finished New York University, where I first studied English Literature, then Philosophy, then Computer Science. I am a technologist with a heavy humanities base, and in my job, there is a large element human interaction and even performance. There is where multicultural experience comes in handy. Formally, I am Head of Global Systems and Operations in a trading firm, but I often jokingly call myself a plumber, because I work with infrastructure. We are not an exchange, but we do trade everything from bitcoin to pork bellies. 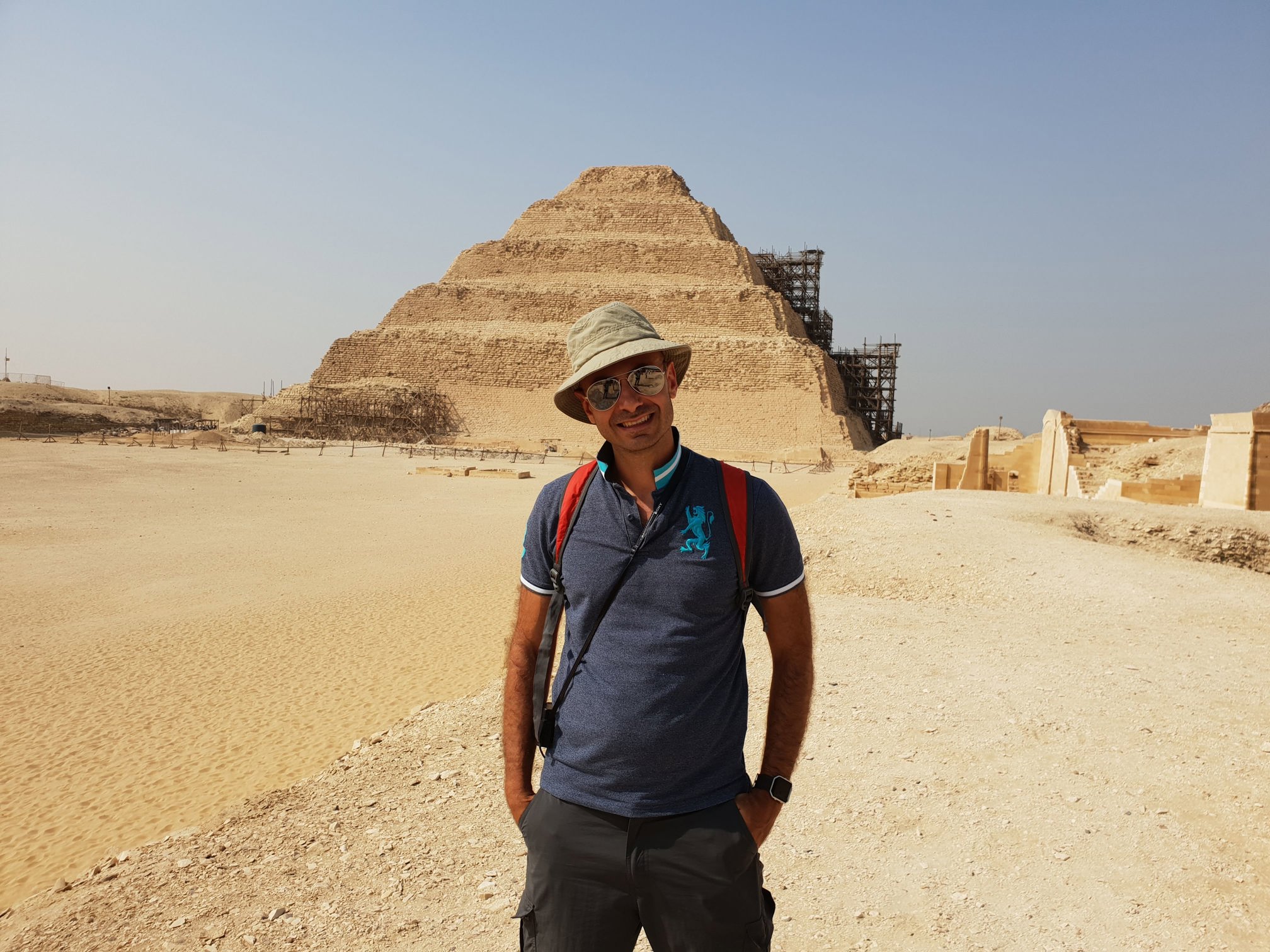 The Pyramid of Djoser

Have you thought about plan B?

Many people dream of making their hobby what they do for a living. At first, it might even look like it’s working out, but in the end, 80% of the time is take up by routine, menial work. Eventually, their passion is drained, and what used to be a hobby becomes just a job, where you are not doing it for the soul, and where even money is generally not great. For me, every tour is a performance and an emotional high. The key to this for me is that I don’t do tours very often, but when I do, it is a genuine event for me, and I feel an inner spark. Hence my plan B wouldn’t directly involve my creative hobbies – I would not try to become a professional guide or an actor.

What, for you, is the source of your energy and motivation to live every day to the fullest?

I rarely feel tired, physically or emotionally. In the morning, my kids Kaya and Leo charge me up for the day ahead. Leo is still a bit young, and only starting to put words together, but we talk about many things with Kaya in the mornings while we breakfast. She is a wonderful source of warmth and energy, listens well, and I treat her almost like an adult. For me, this is what the English call quality time.

Before I had kids, I was much less annealed to the vicissitudes of life. However, once kids appeared, they became a very important part of me, and awareness of this helps make every day a good one, despite inevitable wrinkles. Even terrible coffee tastes less bad in a good environment. My recipe for a good day is positive energy from my kids, and a healthy dose of detachment.

What if you eat alone and there is no family nearby?

The important thing is to spend the mornings doing the things you love. This will give you the energy for the whole day. I believe that every morning a person is usually reborn emotionally clean from the previous day, and with their average degree of happiness. Subsequently, throughout the day, various happenstances raise or lower it, and what you end up with Gets counted towards your average. So, it makes sense to start the day on a high note and minimize the annoyances throughout. It’s more than saying “think positive thoughts”, it’s an actionable thing, try it! And then, when you are a bit happier, you will find it easier to find time and place for many things, including volunteering and helping out those in need.

We can help more children beat cancer together! Please, visit our Donate page to support.